Mauritius is a small paradise island located in the heart of the Indian Ocean. Many foreigners dream of living there and a large number have already managed to settle there thanks to a real estate purchase. Idyllic beaches of fine sand, pleasantly lined with coconut palms and breathing calm and serenity all year long, here is the image that the French take from their vacation under the tropical sun in Mauritius. Main reason why most do not hesitate to return there, but then they become a permanent resident through a real estate acquisition. If the question of expatriation can be a hindrance to the investment project of some, the most ambitious will not hesitate to seize the opportunity to buy an apartment in Mauritius while residing in France.

The different types of investment possible in Mauritius

Several possibilities are available to foreigners who wish to acquire a property in Mauritius. But the option to buy a property under the PDS or Property Development Scheme (now replacing the old IRS or RES programs) is one of the most appropriate solutions.
Since December 2016, French nationals can also invest freely in an apartment located in a building consisting of at least two levels, a GF + 2. A purchase that allows them to be eligible for a resident permit without a minimum investment required.

Buy a ground floor apartment + 2 in Mauritius from France

Amended in December 2016 to broaden the economic horizon of Mauritius, the “Non-citizens (Property Restriction) Act” allows all foreigners registered with the BOI, residents or not, to acquire one or more apartments on the island. Mauritian territory.

Any Mauritian citizen or not, in possession or not of an Occupation permit, a permanent residence permit, or a resident permit or not, has from now on the authorization to buy one or the apartments residential in buildings at least 2 storeys in addition to the DRC on the recommendation of the Board of Investment – BOI. That the buyer resides in France does not prevent him from becoming an owner of an apartment in Mauritius. To obtain the approval of the BOI, it will have to fulfill some conditions previously established and available on the Board of Investment website.

The 2016 amendment favors rental investment by foreign investors and does not exclude the possibility of acquiring a property in Mauritius, without obligation to settle and reside in Mauritius. Buying an apartment in Mauritius is an advantageous alternative for new foreign investors who wish to live and settle in the territory. In addition, the apartment purchased can serve as a holiday home in the first place, before becoming a source of additional income for the owner.

The benefits of investing in real estate in Mauritius

Thanks to the treaties of non-double taxation that Mauritius has signed with 35 countries in the world, including France, foreign investors have every interest in buying an apartment in the country. According to this tax convention, real estate acquired in Mauritius by a foreign national is excluded from the tax calculation of his country of origin. The income that the purchaser obtains from the rental of his R + 2 apartment in Mauritius, is therefore taxable only on the spot. Investing in Mauritius also allows French investors to benefit from a very advantageous tax regime, marked by:

The Immobilier Ile Maurice team specialises in assisting local and foreign investors in the acquisition of real estate as well as investment for the French in Mauritius. Real professionals in the sector who take care of finding the apartment or high-end villas, guaranteeing a good return on a rental investment in Mauritius. In the case of the purchase of a second home, Immobilier Ile Maurice will find you the ideal property, accessible to foreigners and enjoying an ideal location, by the sea in Mauritius. 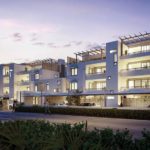 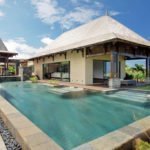