Mauritius offers a more advantageous taxation compared to France. A French citizen can easily become a tax resident on this beautiful little island in the Indian Ocean and enjoy a flat-rate income tax and a total exemption from wealth tax, the current IFI very criticized in France. The French citizen will find a real advantage to choose Mauritius as a tax residence.

In France, income is now taxed in three different ways. There are progressive rates on wages, land incomes, pensions and professional benefits. These scales can reach 45% and are supplemented by a possible increase of 17.2% in social contributions. The whole is taxed at a fixed rate of 15% in Mauritius.

In France, real estate capital gains are taxed at 36.2% and movable income is taxed at a flat rate of 30%. These two types of taxes do not exist in Mauritius. The state of Mauritius does not even have local taxes, whereas in France the latter keeps increasing. Currently, the French are witnessing the gradual disappearance of the solidarity tax on wealth, in favor of the tax on the immoblière fortune (IFI). Two other types of taxes that do not exist in Mauritius.

In Mauritius, even donations and inheritances are entirely tax-exempt, regardless of the relationship between the donor / deceased and the donee / heir.

In Mauritius, equivalent situation, Mrs Evelyne will pay in all and for all 19 500 euros of income tax. That is an overall rate of 12.188%. It will have achieved about 44 87 euros in savings, which is still a sacred gain in purchasing power since in 10 years of residence in Mauritius, Ms. Evelyne will have managed to save nearly half -million euros.

Remember, however, that even if this calculation can be very encouraging, it should be taken into account the tax treaty signed by both countries that allows France to tax certain income, even abroad. For example, the taxpayer who owns rental properties in the national territory will have to pay the taxes related to the rents as if he resided there. If he chooses instead to maintain a portfolio of securities, the dividends will be taxed at 15% at source, and capital gains will be fully exempt.

The ideal, to take advantage of the many tax benefits in Mauritius, is to keep as few assets as possible in France. In other words, being able to have a modest housing and a current account poorly provided. It is impossible to reach the tax threshold at the IFI of 1.3 million euros and to interest the tax authorities.

Mauritius is bound to France by a bilateral tax treaty that the two countries voluntarily signed on December 11, 1980, and amended in 2011. This convention resumes and adjusts the model convention of the Organization for Economic Co-operation and Development (OECD). According to this convention, a French citizen must reside in Mauritius, at least 6 months in a year, to benefit from the status of Mauritian tax resident. As such, it benefits from the Mauritian tax system which is particularly advantageous.

The other advantage of the Franco-Mauritian tax treaty, concerns all French nationals who, subject to the tax on real estate fortune (IFI), wish to acquire a property in Mauritius to do at first, a secondary residence before using it as a principal residence thereafter. Theoretically, the General Tax Code stipulates that any taxpayer who lives in France must declare all of his wealth on his national territory and abroad. Nevertheless, the convention signed by the two countries derogates from this rule. Also, all Frenchmen 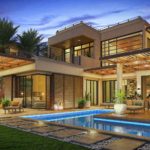 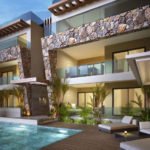