Crédit Foncier awards the bronze medal for loans to France for its dynamism in terms of the mortgage market. Low rates and a level of debt per household very fair, here are the criteria for choice revealed in the sixth edition of its European study on residential mortgage. An annual survey of the 28 member countries of the European Union (EU).

France champions European rates
France accounts for nearly 15% of the total outstanding mortgage loans in the European Union, with € 984 billion outstanding at the end of 2017. Figures that rank the country third in the world. have the largest volumes of loans, just behind Germany (€ 1,175 billion) and the United Kingdom (€ 1,360 billion). According to the Crédit Foncier study, the first two countries alone account for 40% of outstanding mortgage loans, although they represent only half of the European population.

The most dynamic market in Europe

Crédit Foncier reports that, at the European level, there is a level of outstandings of nearly € 6,400 billion at the end of 2017. This represents an annual increase of around 4.3%. By comparison, we note a greater acceleration of volumes on the French market, compared to the European average, with an increase of 6% over one year.

In France, this situation can be explained by a very low mortgage interest rate, one of the most attractive among the major countries of Europe: 1.56% in the second half of 2017, compared to 1.83% in Germany, 1.92% in Spain, 2.05% in the United Kingdom and 2.42% in the Netherlands. It should also be noted that real estate transactions reached in 2017, the million, showing an increase of more than 15% compared to the previous year.

A weighted level of debt

The French have a rather reasonable debt ratio compared to other Europeans. According to the Crédit Foncier study, the average outstanding amount per household is 51,700 euros, or 67% of their gross disposable income. This represents a rather reasonable ratio almost quite similar to the European average (68%) and much lower compared to countries like the Netherlands, Denmark or Sweden.

The Crédit Foncier study also indicates that non-financial wealth in Europe represents, on average, just over half of households’ total wealth. Real estate assets reported to non-financial household wealth in France amounted to 13%, which is below the European average of 17%.

A beautiful situation that will continue in 2018

2018 could be a year of “grace” for France if the amounts borrowed remain lower, rates are still competitive and the level of debt is reasonable. To date, the rate seems to remain stable with still low rates, 2% maximum. Real estate professionals are starting to get used to this favorable situation, despite still high prices. Investors, meanwhile, are increasingly interested in real estate abroad, especially in Mauritius where new real estate is accessible through the Property Development Scheme. A program specially dedicated to foreign investors, allowing them to be eligible to obtain a Permit Occupation in Mauritius. 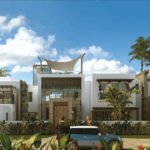 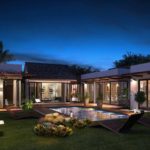