More and more French people including retirees are deciding to invest in real estate in Mauritius. Some have even taken up residence in this Indian Ocean country. Why this craze? Is it advantageous compared to other countries? Here are the answers to all these questions.

More than a tourist destination: ideal for a foreign purchase

Mauritius is well known for its beauty and for its paradisiacal panoramas, being one of the most beautiful islands in the world. The government has been able to highlight this advantage to attract investors visiting the island to buy property. They now offer attractive investment conditions to make them want to come back or settle there. Since these conditions have been improved, the French have also rushed towards this opening. The rate of real estate requests has even been increasing for some time. With its pleasant climate throughout the year, its very modern school and medical infrastructures, the possibility of having a high purchasing power, ease of access to property and also reduced taxation, all without any barrier, this is more than understandable.

The advantages of buying a house in Mauritius

According to the French Ambassador to Mauritius, the number of French nationals registered in Mauritius is constantly increasing thanks to the measures in favour of foreign investors. The government has created special regimes to make it easier for them to access land

Any foreign national can now become a permanent resident in Mauritius via a property acquisition under the legal regime of the PDS (Property Development Scheme). To fully benefit from the advantages which accompany this type of investment, it will be necessary to invest a minimum amount of 500 000 $ HT in the purchase of a house in Mauritius, that is to say approximately 420 000 €.

Tax relief for a luxury purchase in Mauritius

According to polls, many French people believe that the French tax system is too heavy. That’s why they’re looking for a way to pay as little tax as possible. Having understood this state of mind, the Mauritian government was able to take advantage of it.

It has even become a weapon of seduction for the government of Mauritius. It is one of the few countries where there is only one tax bracket. The tax threshold is set at 15%, whether on income or for companies. In addition, dividends and capital gains are not taxed. In the event of death, your heir does not pay inheritance tax directly or wealth tax.

As this relief is not enough, the island also plans to become a free zone, that is to say an area exempt from tax charges. A tax haven not only for the French, but for any country around the world. 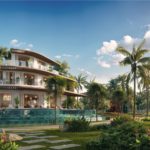 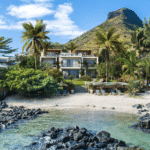 Real estate in Mauritius, a rapidly evolving sector
Send this to a friend